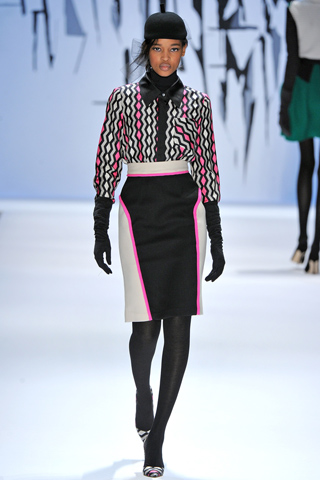 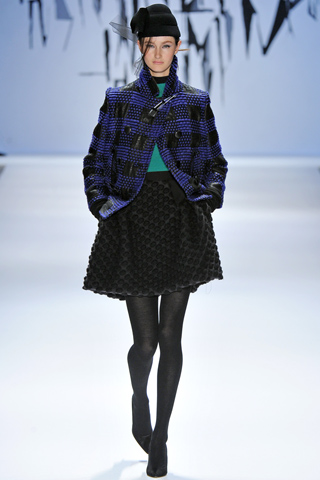 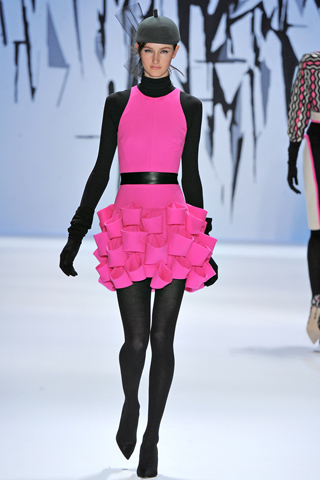 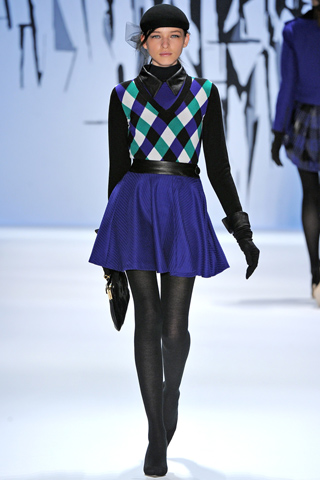 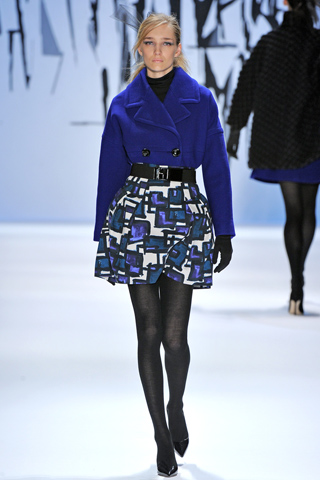 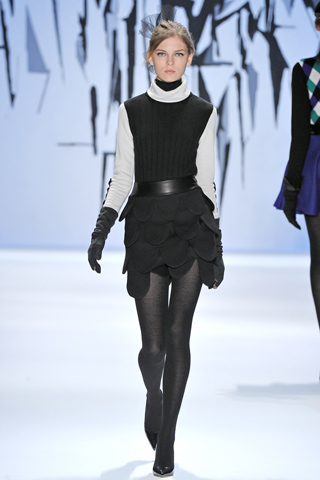 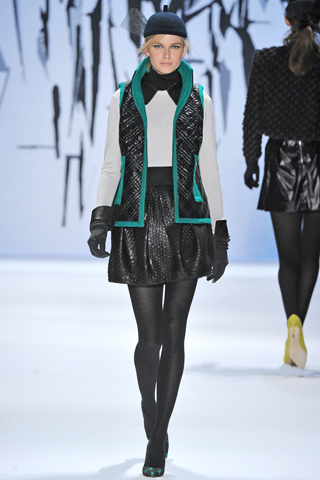 By Tiffany Piñero, Fashion Week Correspondent
Did Mercedes-Benz Fashion Week save the best for last?? In my case, I’d say so. The last of the fall 2012 shows I attended back in February was from Milly by Michelle Smith and it struck a chord in my couture-chic-meets-street-obsessed heart.
The moment the lights dimmed upon showtime, you could feel something different and dramatic lingering in the air. An electrifying color story unfolded that was not only vivid but dead on-trend with welcomed pops of neon. Full-bodied skirts were sophisticated and given a dramatic air as they were anchored by black hosiery and turtlenecks. The ladylike styling gave every look an exceptional across the pond flair a la The Duchess. However, it was the loads of leather, rich-textured outerwear and intricate pattern play that merged the fancy with the fierce creating a collection that I can’t wait to get my hands on come fall.
P.S. There were several celebs there as well, including Kristin Chenoweth, India de Beaufort, Tinsley Mortimer and Gail Simmons (who were all dressed in head-to-toe Milly, natch), as well as New York notables Ainsley Earhardt, Kimberly Guilfoyle Villency and Bettina Zilkha. 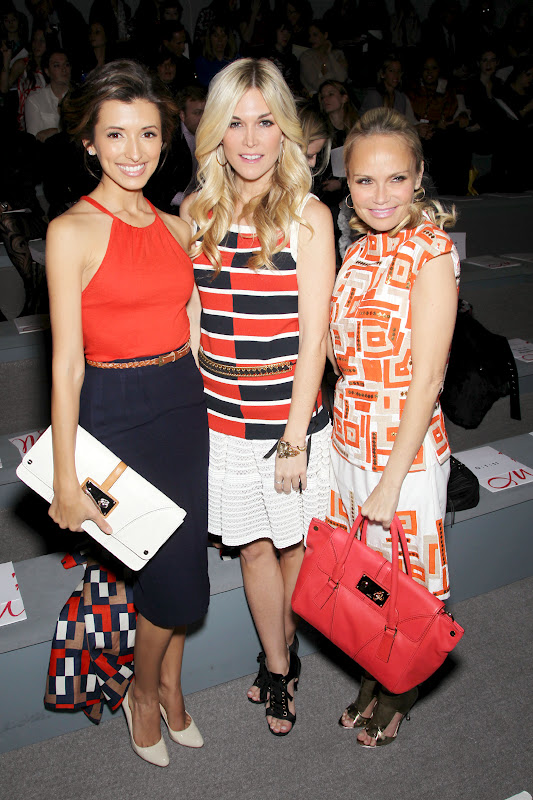