“…proving that the deep south has miles of style with her year-old blog, I Heart Heels…we’re falling head over ours for her celebrity interviews, trend reports, and cheap and chic finds.” — Glamour.com

“Thanks for the mention. Great blog!” — Tracy Reese, designer

“You really are a great writer.” — Ali Landry, model/actress, mom/entrepreneur

“Julie of I Heart Heels has a passion for shoes, and we love seeing her beautiful finds.” — Rebecca Minkoff, designer 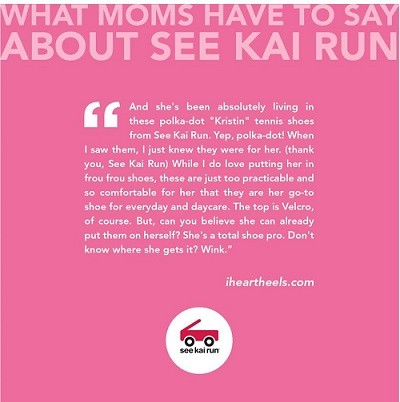 StyleCaster, “Behind the Seams with Project Runway’s Sarah Trost” (August 2010)

Shop It To Me, Guest Blogger, “Boots That Will Keep You Warm” (November 2010)

TeenVogue.com/Fashion Click, “How I Wore My Heels…to Ring in the New Year” (January 2011)

TeenVogue.com/Fashion Click, “How I Wore My Heels…in Gorgeous Weather” (January 2011)

truTV, “Why Fashion Week is Totally Not Dumb” (February 2011)