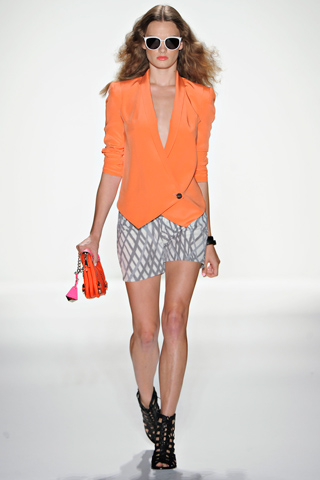 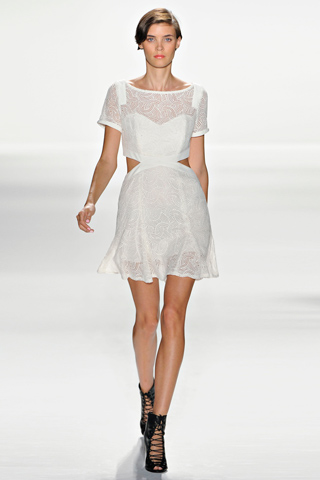 By Tiffany Piñero, Fashion Week Correspondent (formerly “Reo,” she just got married!!)
Want to chase away the Monday blues? Just attend a Rebecca Minkoff show mid-fashion week (which landed on a Monday) and you’ll feel like it’s a fabulous Friday in an instant. Her line has been consistently delivering to a fashionista’s delight season after season, so that may explain the insanely high energy in the audience . However, one might say, a lot of the buzz was due to special guest model Leandra Medine of Man Repeller. A fashion blogger having such a major moment in front of other fashion bloggers, while wearing a designer that really gets what bloggers are doing, is something to get excited about (that’s Leandra directly below). 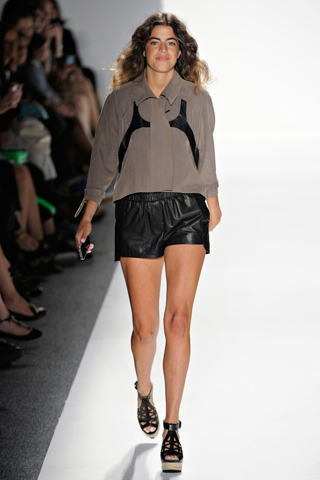 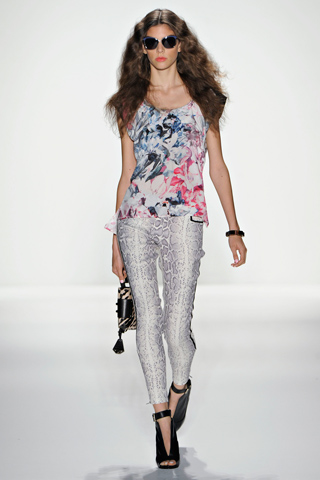 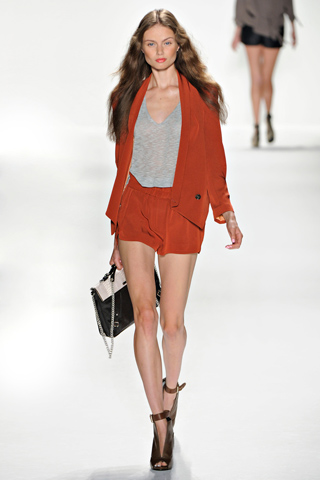 The show started with a great rendition of “Addicted to Love” and addicted I was. The first look out of the gate? A sultry blazer that was as lovely in hue as it was in shape, and it had me longing for an instant Spring 2012 moment. The mixing of patterns was a playful move – floral print against a faint snakeskin was the perfect juxtaposition to keep the excitement level high. Shades straight from a highlighter appeared here and there while I could hear the buzz around me, “Look at the shoes!” Of course, I was zoning in on them instantly, after all, this is a feature for I Heart Heels! The shoes were beyond attention worthy. More than your average spring wedge, there were intricate styles with two-tone ankle straps, a few extreme lace-up sandals and a pair that could be the little black dress of your spring footwear: sleek and sexy with a plunging V. 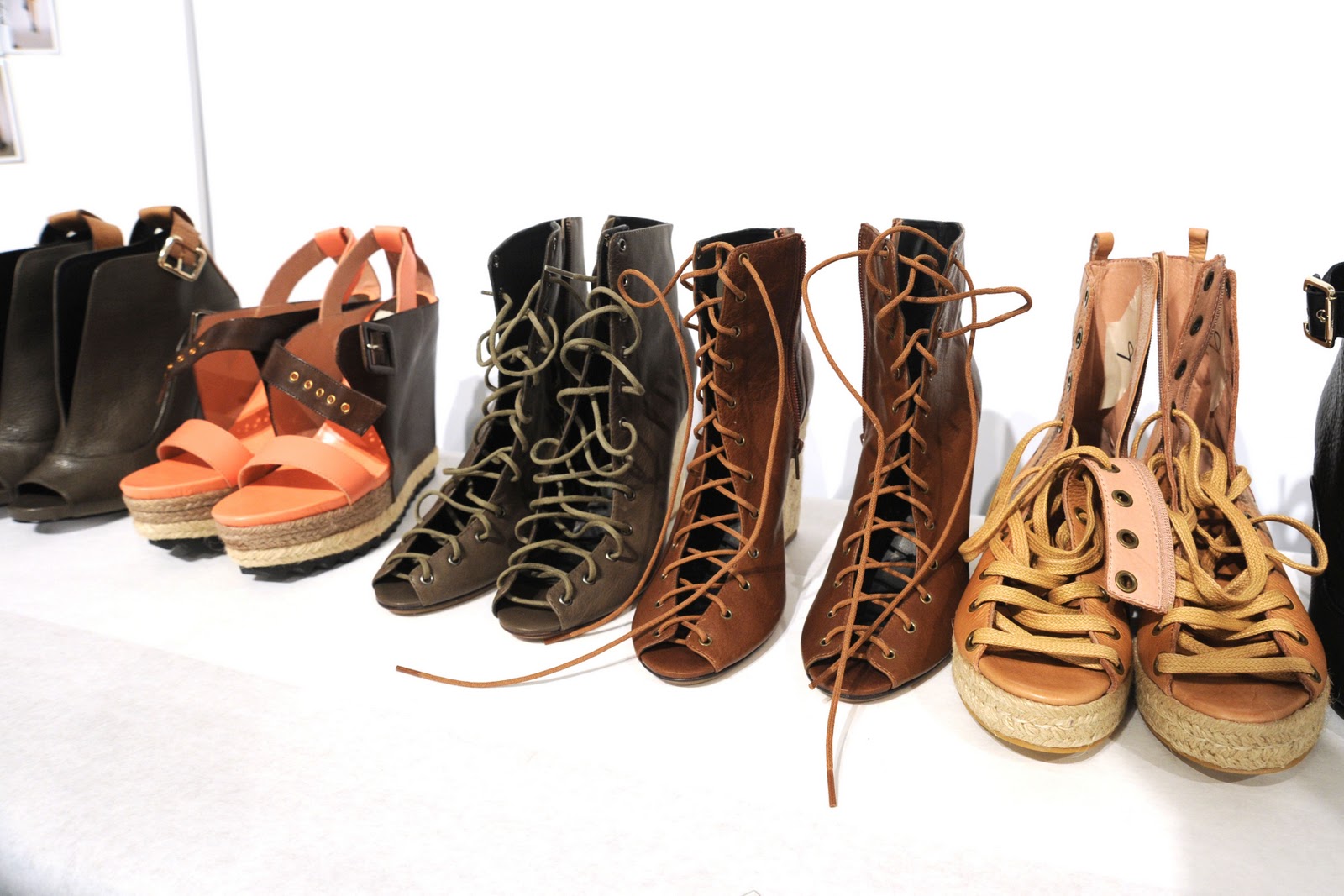 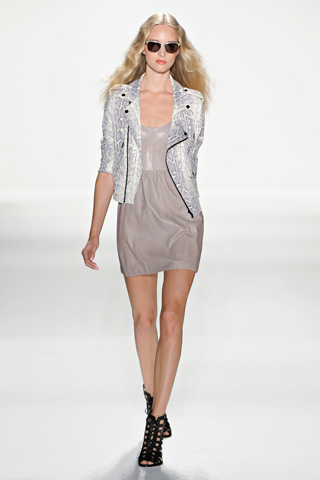 RM has evolved so much that I haven’t even mentioned her bread and butter yet, the bags! The classics in bold color combinations are sure to jump-start your heart, while newer styles with touches of python will help balance the feminine frocks. A happy crowd and fab front row with the likes of Sophia Bush, Michelle Trachtenberg, Alexis Bledel and actor Chris Pine, applauded the adorably-pregnant designer for another great show. 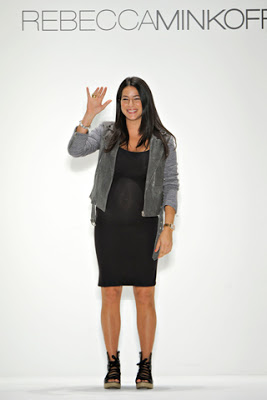 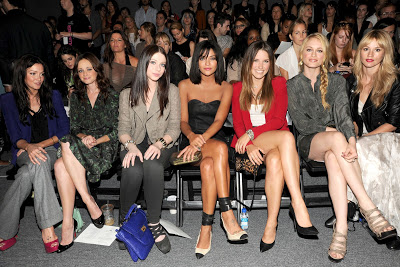