​ Kate Bosworth Gets the Tousled Bob - I Heart Heels

Kate Bosworth Gets the Tousled Bob 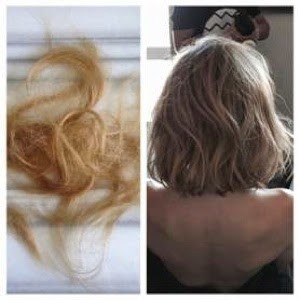 John Frieda International Creative Consultant Harry Josh sent out a little tease at first posting a shot of a mystery actress’ fresh cut from the back. GASP.
Later, Kate Bosworth revealed her new look for her upcoming role in 90 Minutes in Heaven on Instagram. Harry had styled the fresh bob and given it that tousled look we ALL want these days.
I met stylist Harry Josh backstage at Marchesa at my first fashion week. I had no idea I was meeting a hair superstar. I mean, shut up. 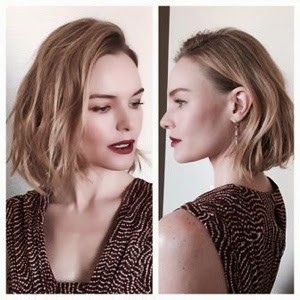 For this look, he was inspired by a modern Great Gatsby, and here’s the (easy!) step-by-step! (Gonna have to get me some of this spray…loooove a great sea spray!)
1. Harry sprayed John Frieda Beach Blonde Sea Waves Sea Salt Spray on towel dried hair.
2. He dried the hair with a diffuser and his fingers.
3. He used his Harry Josh Pro Tools Ceramic Styling Iron to add definition and direct the wave while smoothing out the top.
Love Shoes?

How to Look Chic in Glasses Chanel is for Lovers