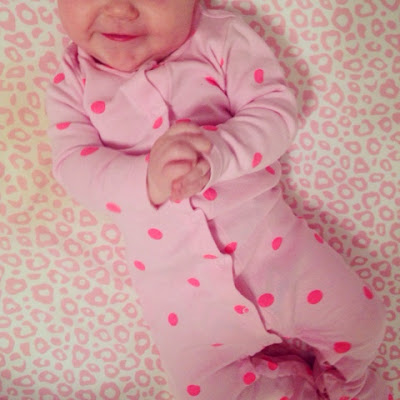 I still have quite a few product reviews I’m very excited to tell you about (a new pack ‘n’ play and a baby food processor, hello), but there have been so many things happening lately (did you read last week’s post?), that I’m still trying to catch you up on my crazy life. I like busy, but can life please slow down just a tad? Please and thank you.

So…after the crazy month of August, I decided once things settled a bit, it was a good idea to have my ear canals irrigated at the family doctor. I’ve done this in the past because I guess my canals are just small and every few years I start to have trouble hearing – and it’s uncomfortable. So I thought before New York, it would be nice to have clean ears. Gross, I know. I also didn’t want to get on an airplane with ear issues because been there, done that in 2011 just before I went to New Orleans. Could barely hear a thing the whole trip.
So minus the one time I said “ouch,” I got them irrigated, and moved on. Until a week later when my right ear was sore. I decided to go in because it was two days before my flight. I got in the day before I left. I had an inner ear infection. Ugh. The doc put me on an antibiotic, and it was actually great timing because I was going to pump in NY anyway. (Although it was a nursing-safe antibiotic, so it was still ok.)
My whole trip, my ear hurt, but towards the end it started to get better. Until I got on the plan to head back. Once we landed, it felt miserable. Back to the doc I went and I got ear drops and a referral to the ENT. I also got a steroid shot (umm miracle shot), so had to begin pumping again. The ENT gave me stronger ear drops and told me I also had an outer ear infection. I had to use the drops for two weeks (which is today.) Sigh. I would need to pump and dump, according to the doctors.
So I did for almost a week. I was actually down to pumping once a day at one point, vowing to just give up. My supply had dropped from being in NY. How could I keep going? I called the lactation consultant who had helped me through my low supply at three months. She looked up everything I was taking in her book and found it not necessary to pump, but told me to keep going. So encouraging. I started pumping more and more until one morning I decided to try to nurse again. I was so nervous but she latched on like a complete pro, and I’ve since noticed no drop at all in my milk supply! Such a relief.
I just knew at only seven months, it didn’t feel right to give up. And I certainly wasn’t going to let the nurse who scratched my ear during the irrigation be the dictator of my abrupt nursing end. I worked too hard! Nursing is not easy and she wasn’t going to take away my hard work and special bond I had going.
Nursing definitely has its ups and downs, but sticking with it has been so worth it to me. I love the bond between me and baby L early in the morning and just before bedtime. I’m nursing three to four times a day now (versus almost exclusively before I left for NY), and I wouldn’t have it any other way. There are so many benefits, but mostly it just felt right to keep going. As a mom, we all know if what we’re doing is the right thing for our babies. It’s instinct. And so far we’re going to continue this nursing thing another month and see.
Tell me. Did you ever hit any major roadblocks in your nursing journey?
Love Shoes?