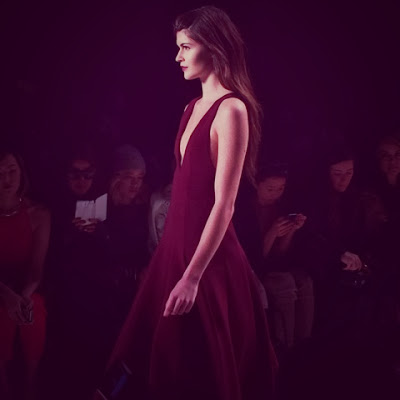 As Nanette Lepore’s fall show wrapped to its finale, well-known style writer Anne Bratskeir of Newsday commented to me that she feels like she’s watched the designer’s daughter grow up. I felt the same way. That’s because each season the #HandCraftedInNY designer brings her daughter Violet out for the final bow at the end of every show. 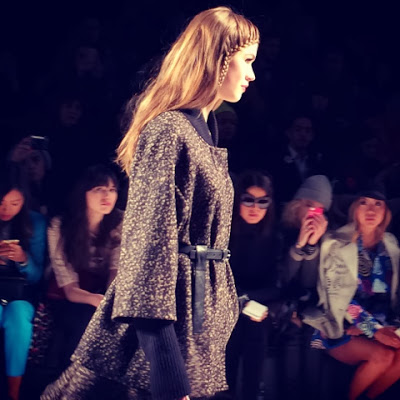 This season marks Violet’s 16th birthday. (On the back of the show notes Nanette writes “Happy Sweet 16 to my beautiful Violet!”) Perhaps that’s why the fall collection is a heavy pour on purples from deep Bordeaux to lavender and magenta…and by the way, I like a full pour! 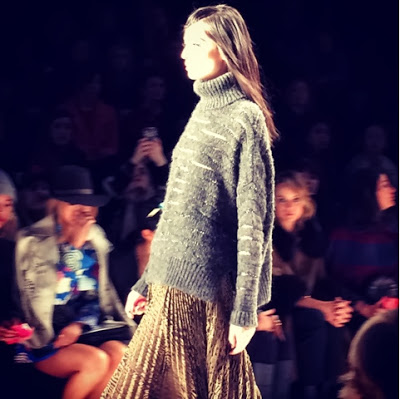 This New York designer has always had a special place in my heart, especially since 9/11. She was one of the first to organize special fundraisers to support the city and keep creativity alive. After that, as a young reporter in New York City, I splurged on a ton of her girlish suits (which I will never get rid of because of the sentiment). She’s also a designer that works to keep the garment district alive. She even outfitted Mayor de Blasio’s wife Chirlane McCray and daughter Chiara in stylish coats at his swearing-in ceremony. See why the hashtag #HandCraftedInNY is so important? 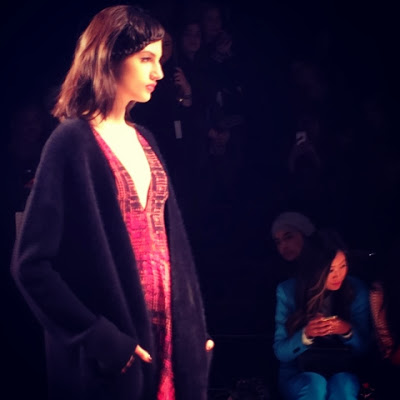 Also made in NYC was a runway lined with downtown and Upper East Side socialites and fashion glitterati, along with actresses Condola Rashad, Kelly Rutherford and celebrity stylist June Ambrose.
In the garden and on the rack, violet is sure to stick true to form as a cool season bloomer.
//www.youtube.com/get_player