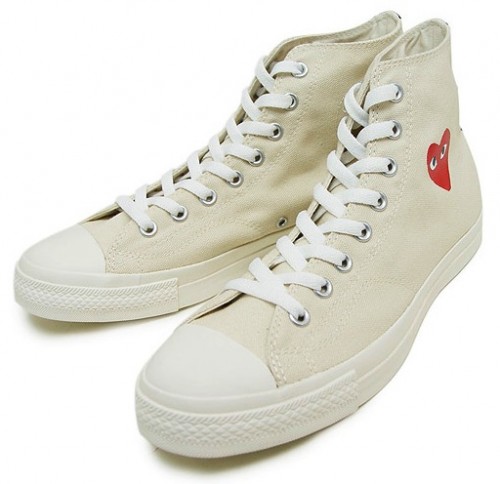 The first pair of Dr Martens boots were manufactured on April 1, 1960, and were created with the aim of being heavy duty, tough and hard wearing to be worn in the workplace. They were quickly adopted by a number of subcultures during the 60’s, the first being the skinheads, then following them, almost all of the prevalent subcultures of the 60’s and 70’s. It seems that currently popular fashion is reverting back to that of the subcultures of the 60’s and 70’s, with punk, mod, and Britpop style making a massive comeback in our fashion scene. Just look to celebrities such as Zooey Daisy Lowe, Michelle Williams and even Nicki Minaj. Dr Martens seem to be the top of people’s wish lists. What once was a shoe brand designed for practicality is now one of the most iconic, stylish brands to have ever come out of Britain.

Similarly, Converse shoes and Adidas shoes were initially created to be versatile sports shoes specifically for sports such as basketball and baseball. The brand has grown to become an icon of American culture and can be seen on many celebrities. For example, on Valentine’s Day this year, Rihanna went out wearing a pair of Comme des Garçons Play Converse, which cost her just $105 – they can now be purchased for adults and children alike, with many different designs, from varying patterns, to band logos and even The Joker from Batman. You can even buy them as wedges or high heels! Adidas, on the other hand, still aims to be completely functional as sports shoes, but they’ve become more and more aesthetically fashionable, with various colors, shapes and styles for different functions, such as football, street dance, wrestling, etc. with sports stars such as David Beckham and Mark Cavendish sporting the brand.
Even FCUK have created a line of shoes that both serve to be practical and stylish, with a range of shoes that vary from flats, loafers and espadrilles to heels, stilettos and even flip- flops.
In other words, why sacrifice practicality for style, or style for practicality, when you can have both for an affordable cost?
[Photo from RihannaDaily.com]
Love Shoes?

What to Pack for Tomorrowland 2019