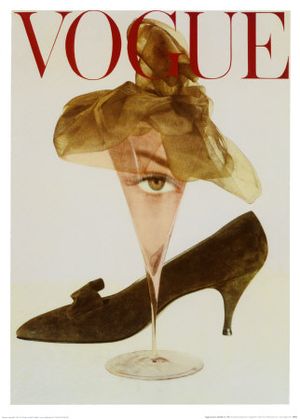 Did you know Vogue Magazine was founded in 1892? I had no idea. Of course, I knew the Conde Nast publication had been around for uber decades, but I didn’t know to what extent (Conde Nast didn’t pick it up until 1909.). When I interned in New York through ASME so many summers ago, we were able to visit many of the magazine offices (from The New Yorker to Marie Claire, and, of course, I worked at Seventeen), and the one time the Conde Nast elevator stopped on the Vogue floor, you could hear me swallow. Upon the next floor, my breathing resumed. And that, folks, is the closest I’ve come to the Vogue offices. Today, I’m a Vogue Influencer, which means I’m one of 1500 bloggers/writers/tastemakers across the country who is able to sample products before they hit the shelves and learn of new launches…yes, it’s as exciting as it sounds! (and maybe one day I’ll be invited to the hallways of Vogue, wink?)
Obviously, Mercedes-Benz Fashion Week is approaching next week, and for Valentine’s Day, I Heart Heels is invited to the EMERGE! fashion show – to honor none other than Vogue‘s Contributing Editor Andrè Leon Talley with the Fashion Innovator Award. To say we’re excited is an understatement! Wonder what ALT will wear??

What’s more, CFDA President Diane von Furstenberg (whom I met this past September at the Lucky FABB conference) will present the award. Following the reception, a runway show will take place with some of the top emerging designers (hence the event name) from around the country. Other celebrities confirmed to attend are Angela Simmons, Jill Zarin, Kristin Chenoweth and none other than designer Donna Karan (holding our breath for an Anna Wintour sighting as well…).

We’re crossing both peep-toes we’ll be able to get the scoop from at least one of these amazing people, so stay tuned for the post-show recap in a couple of weeks. Until then, strike a pose…