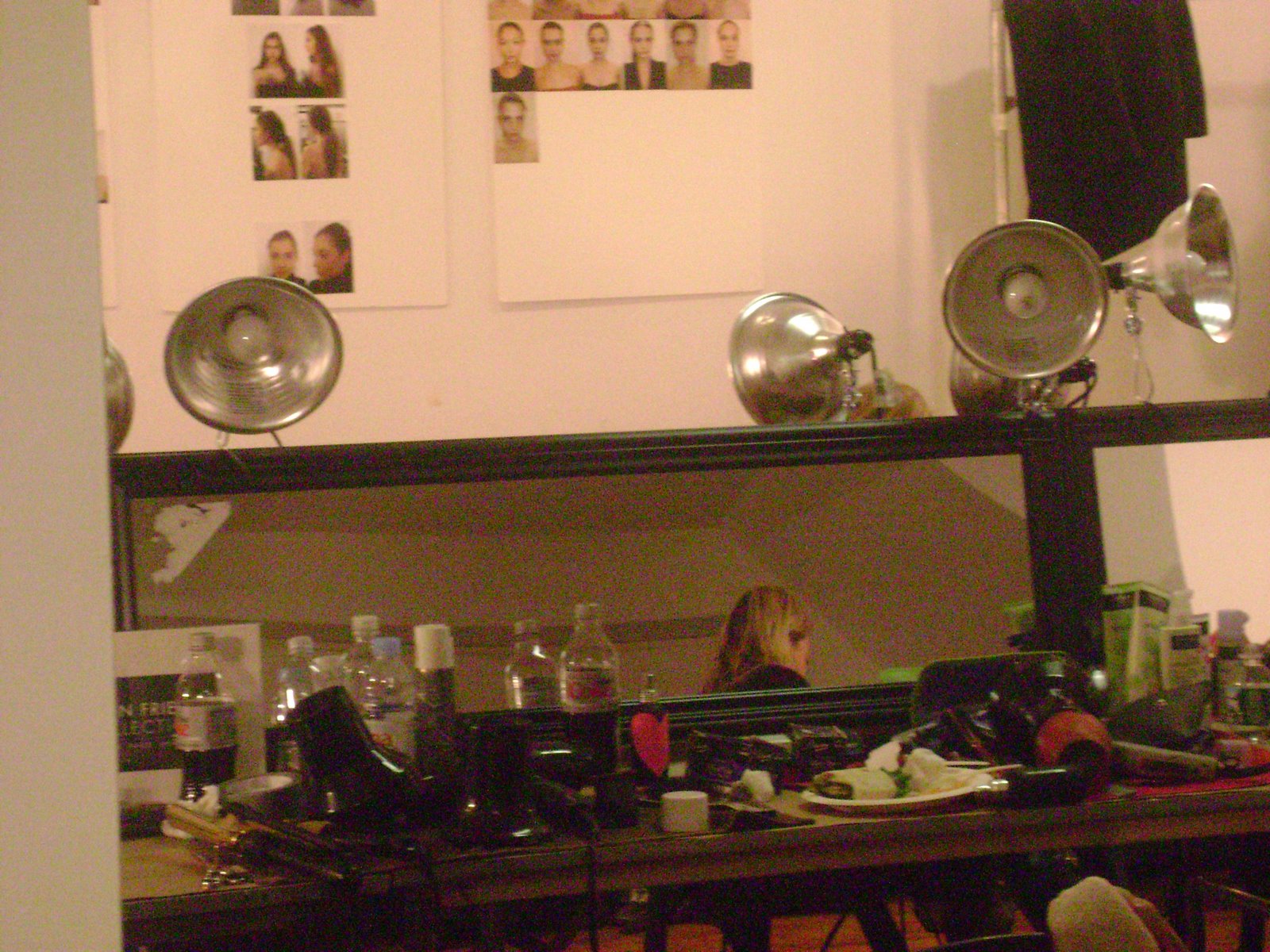 This afternoon my first show was Marchesa – too bad none of the models even bothered to show up backstage (hence my photos of the backstage scene above)! We spent a good hour waiting and waiting, and much to our disappointment never even spotted one model. We did have a chance to catch up with the make-up and hair stylists, Talia with NARS and Harry with John Frieda. 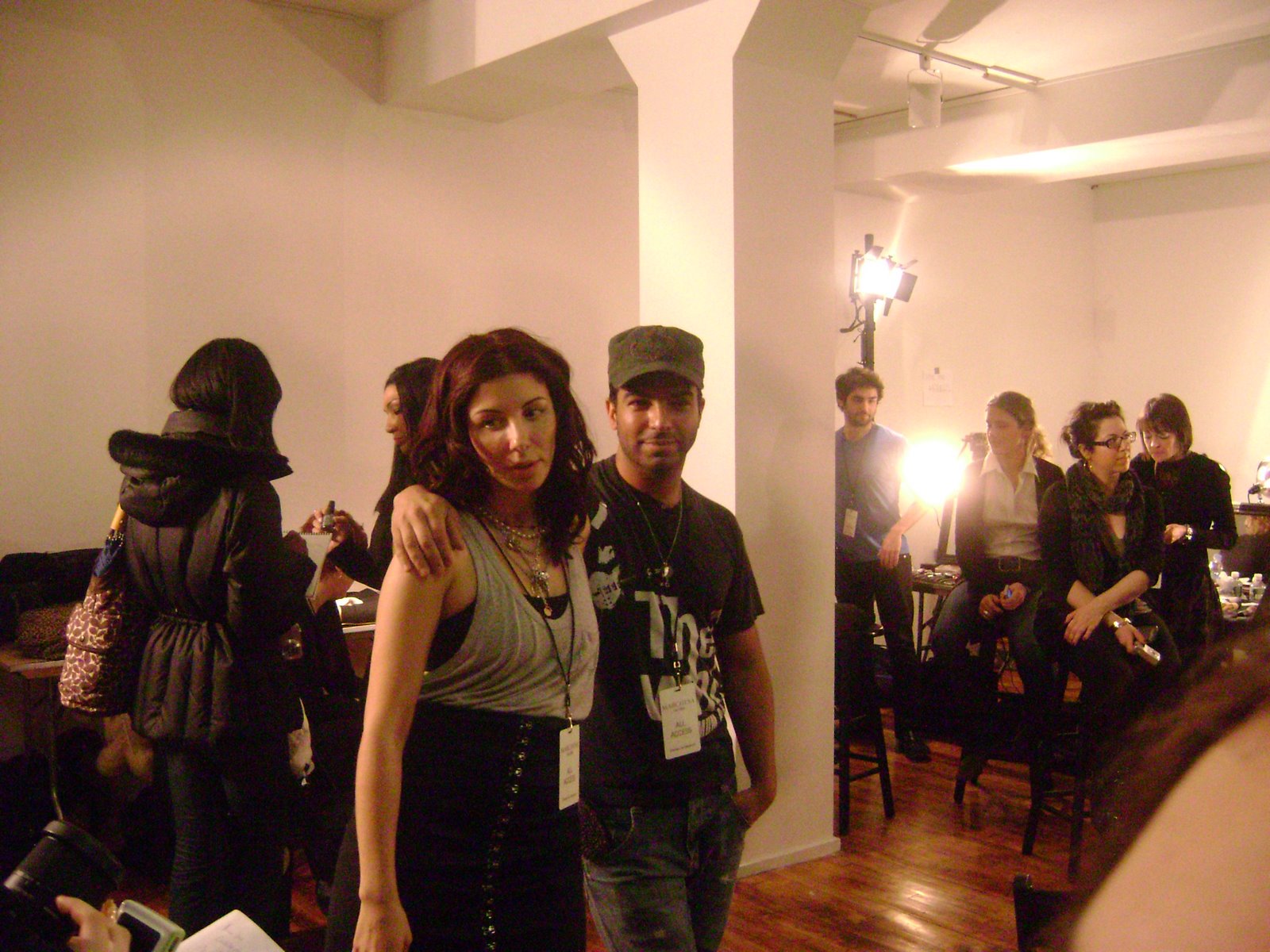 For make-up, the look was very young and fairytale. Word of the day? Matte! Think soft, pure, innocent and fresh-looking. Your little sister instead of your older one. A couple of new products that launch in September were used, including the Sheer Glow Foundation and the Larger Than Life Voluminizing Mascara. Cheeks were left bare (gasp!), while the Kilimanjaro Eye Shadow Duo (an opulescent gold and pearl combo) with a dusting of Madrague (another duo in a pretty caramel) on top. Lips were swept with the laquer, Chelsea Girls (a subtle and chic nude beige). To complete the sweet princess look, the brows were left messy as if to imitate that young teenager still figuring out her make-up routine. Oy vey!

There were multiple looks for hair to capivate different energies and keep it all looking fresh and to stray away from anything too old (since the gowns definitely have that sophisticated-woman style). With that being said, certain tresses were left soft and relaxed – wavy and airy – to create a whimsical effect. Others sported a low ponytail (a common theme on this season’s runway). Healthy, shiny, clean hair is what it was all about, and in order to achieve the perfect waves, brushing out from the crown with lots of hairspray was a key ingredient.